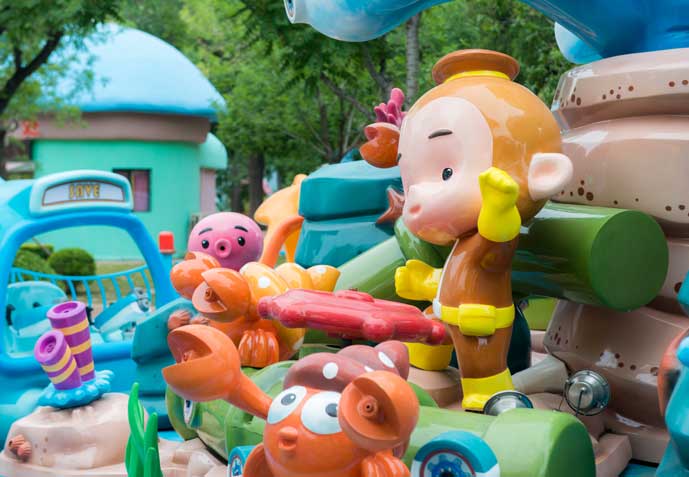 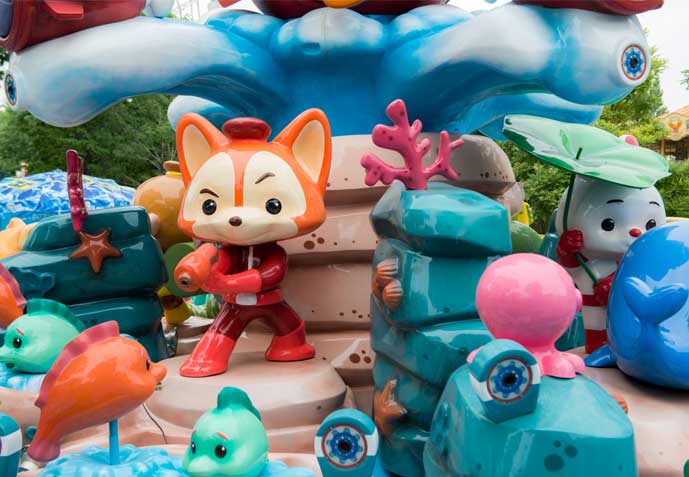 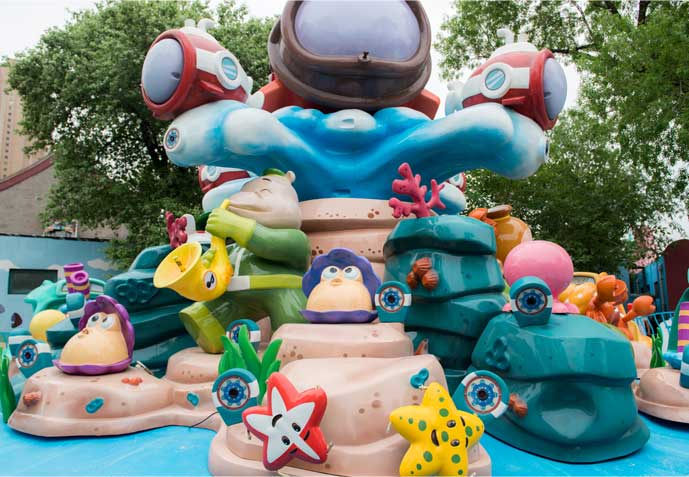 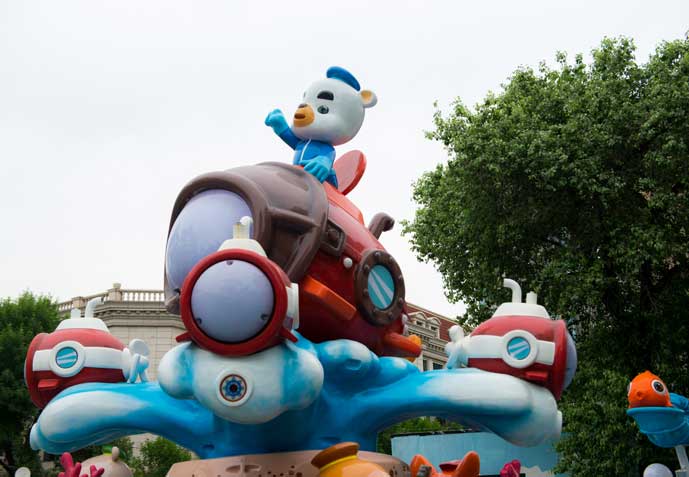 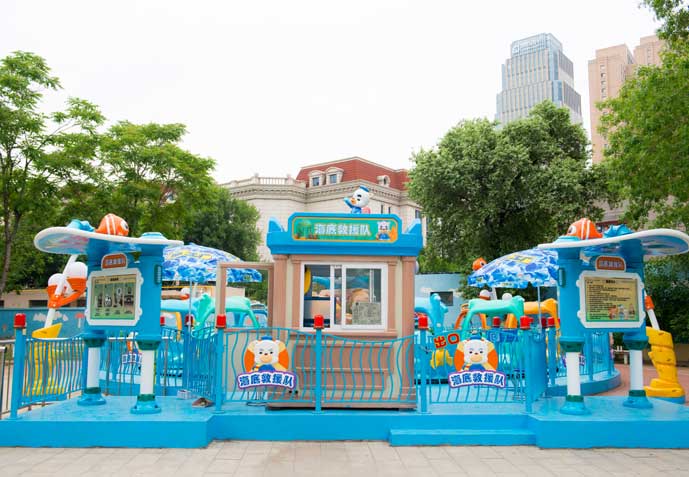 Sea rescue team spinning amusement ride is a theme rotation amusement equipment with a background story of saving marine animals. The island in the middle is divided into four different scenes, each scene tells a small story. Passengers can have a spinning spaceship carnival ride, rotating around the island and interacting with small animals by shooting at targets on the island with water cannons.

After the target is hit, the small animal nearby jets water and produces some interesting actions. In the middle of the splash is the submarine piloted by Captain Murphy and the rest of the crew. Four boats will be hit after the water spray effect, the overall shape of the central axis to rotate, with ornamental and interesting, is a fun equipment to educate. 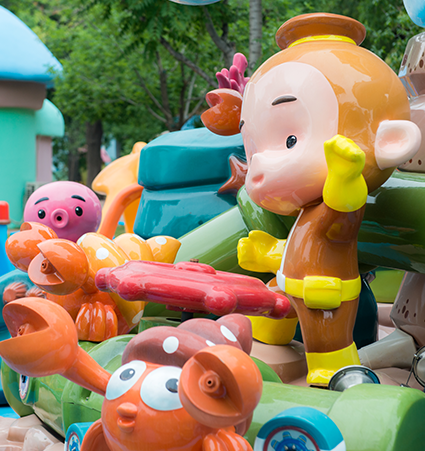 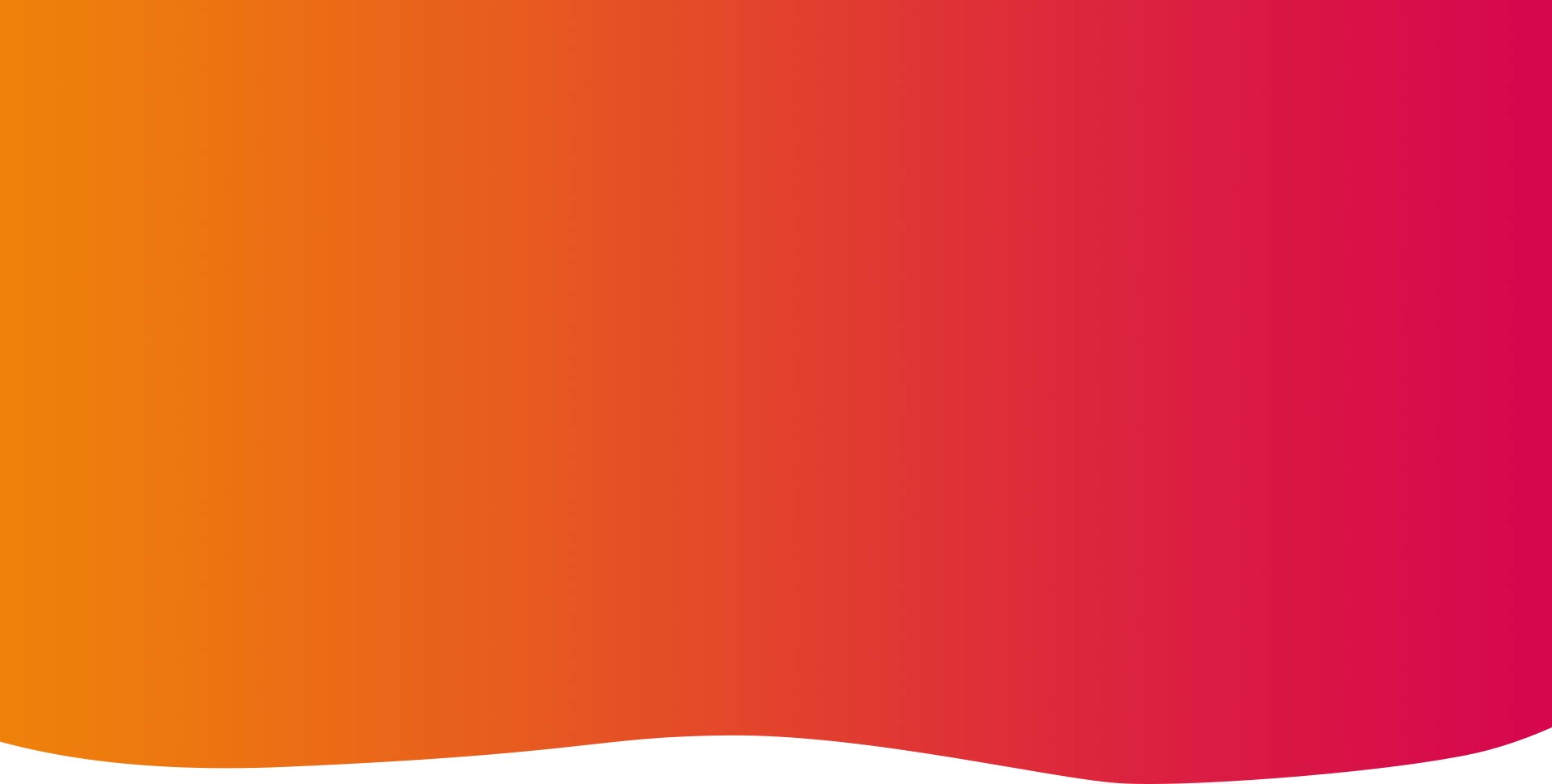 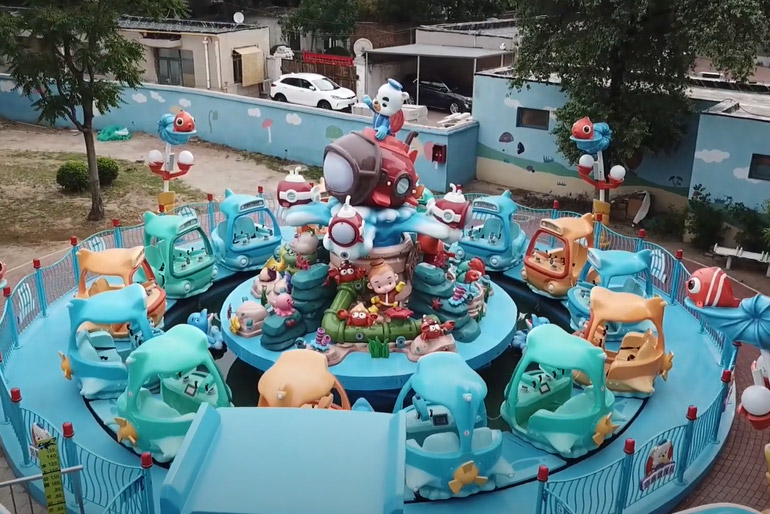 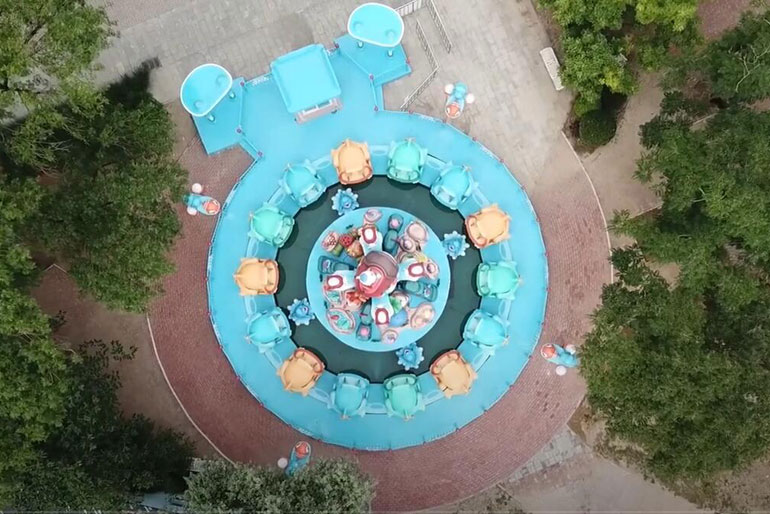